The Sa Gaels were formed in 2010 by a couple of Irish and UK Ex-pats with a love of the game the goal of bring Gaelic Football and Irish culture to Johannesburg. From this grew the South African Gaelic Sports Foundation, a non-profit organisation and a dream of bringing top level sports to disadvantaged kids in Townships in South Africa.

We have established 3 development centres in the townships of Tembisa, Alexandra and Midrand with our 3 Full-time local development officers

We are affiliated with Wanderers Rugby Club in north Johannesburg who allow us to use their facilities for training and games.

Some of our notable achievements so far have been;

Winning the Intermediate cup at the Dubai Gaelic Games 2014

Finalist in the Shield competition at the 2016 Gaelic World Games 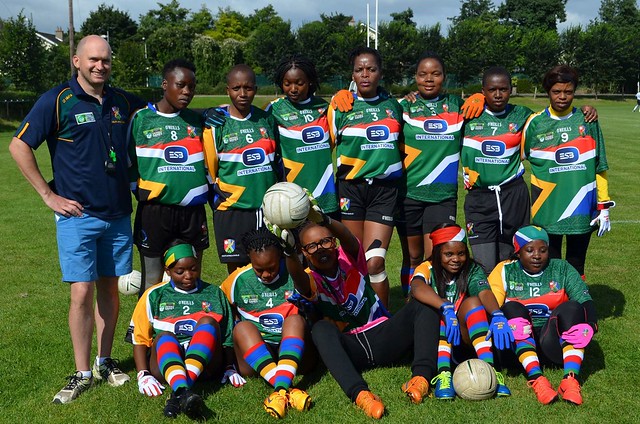