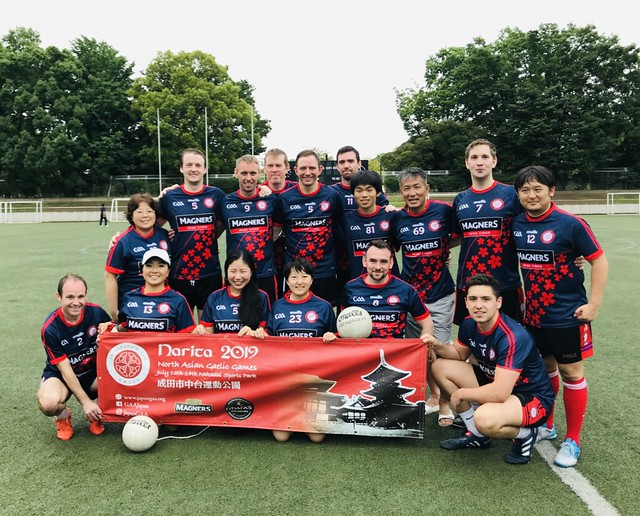 Japan Gaelic Athletic Association was founded in 1996 and has went from strength to strength over the past two decades. Like many other clubs in Asia, Japan GAA has undergone several turnovers in members since then. Today we have men and women from all over the world playing Gaelic football here in Tokyo. We are also one of the few clubs who have both an all native men’s and ladies’ team, which is a testament to the great work of the club and the strong links the Irish community have fostered here in Tokyo. We are always looking for new members, male or female, young and old, of whatever ability and experience.

Over the years, Japan GAA has slowly increased its activity from preparing solely for the Asian Gaelic Games a few months beforehand to a full 12-month calendar of tournaments, training and social events. Members can be found training in early spring, planning and curating St. Patrick's Day events in March, attending smaller tournaments in North Asia in early summer as well as hosting cultural events across Japan. This year we are hosting the North Asian Games in July 2019.

Japan GAA has been to every Asian Gaelic Games since their inception in 1996. To strengthen the club going forward we have established an ambitious youth development plan, bringing GAA into several international schools across Tokyo and hope to form a youth team in the near future. Over the years we have had successes at every level. Most recently our ladies’ team were crowned Junior Cup winners in 2016. Our men’s team also brought home silverware in the 2016 North Asian Games.