Published: over 1 year ago

Welcome to the first newsletter of 2019 for the Asian County Board. We are planning in the region of six newsletters for the coming year outlining all the regional activities, so please read and keep up to date on all the goings on!! No doubt this year will be action packed as all roads lead to Kuala Lumpur for the Asian Gaelic Games on the weekend of November 9th. We are moving to the ClubZap platform and there will be some changes to the website and new a new app to download. 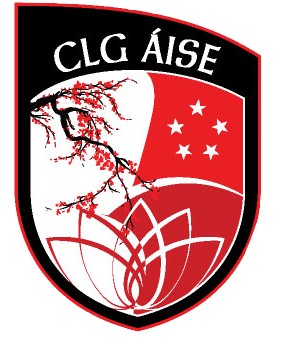 The crest has also changed

1- Cherry blossoms (North Asia) means renewal every year in regards to the club, players and commitment

2- Five small white stars (Unity, Harmony, Impartiality, Equality and Inclusion) in a circle that highlights that Gaelic Games is continual and those in charge are only guardians of the ideals of the GAA. No matter who is in charge those ideals continue just like a circle

2019 starts with some fresh new faces, some old ones and some changes in positions. Having been secretary of the ACB for the past two years, John Alan now takes over the position of Chairperson from Joe Trolan who has left no stone unturned in his development of Gaelic Games in Asia. In addition, John would like to welcome back Emily Ward as the ACB committee secretary. Additional new recruits to the committee are: 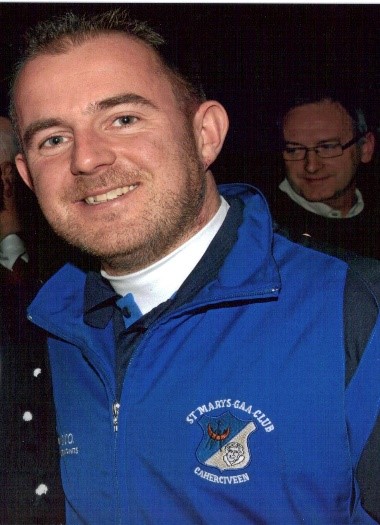 Originally from Caherciveen, Co. Kerry, he moved to Hong Kong in 2011. Prior to his arrival, he was chairperson of his local GAA Club St Marys for 5 years and served in many coaching positions at underage level & ladies football.

He played senior football for his club for close to 15 years and had the privilege to play with Kerry legends Maurice Fitzgerald & Bryan Sheehan. He also captained his school, Scoil Ui Chonaill to winning the All–Ireland schools final in Portlaoise back in 1997.

In addition, he has had the opportunity to play football in London, New York, Boston, Paris, Melbourne and finally ending up here in Hong Kong. 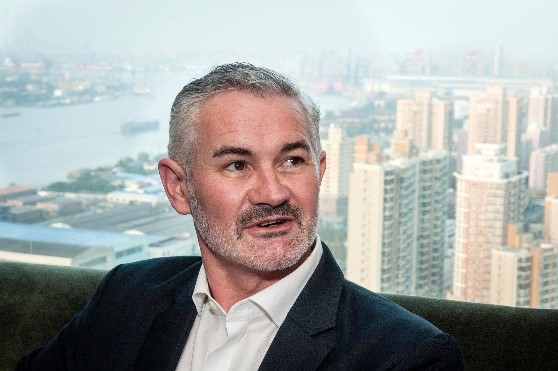 Originally from Claremorris in Co. Mayo and a graduate of St. Patrick’s College of Education Dublin, Paraic left Ireland in 1990 for Japan and Asia. He has been a cub’s coach, Men’s coach, player, former Chairperson and current Vice-Chairperson of the Gaelic Lions GAA Club in Singapore.

He was appointed the first Chairperson of the ACB in 2006 and helped establish the board as well as 9 different clubs. He is the current Vice-Chairperson & Sponsorship Officer as well as a Grade 1 qualified Gaelic Football referee. 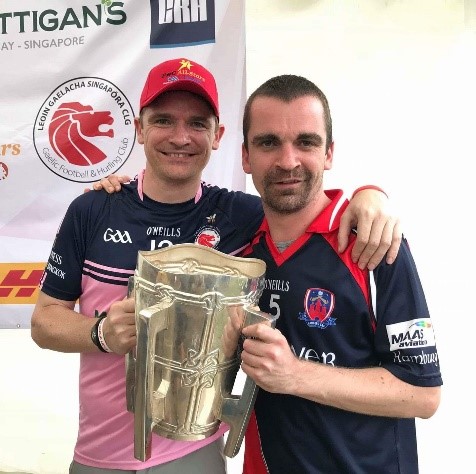 From Beaumont, Dublin I left Ireland for Taiwan in 2003 and was PRO and then Chair of the Taiwan Celts. Alongside the Celts club duties, I was a founding member of the Asian County Board and was the first Vice Chair.

Following three years in Taiwan I moved to Shanghai where I was a member of Shanghai GAA and club secretary. After two years in Shanghai I relocated to Changsha, Hunan where we sent the first team from Hunan to the All China Games in 2009. This was followed by five years back in Europe (London/Paris) and then a return to Singapore in 2015. While in Singapore I was a member of the Singapore Gaelic Lions and club treasurer in 2017 when we hosted the All-Star hurlers for an unforgettable weekend. 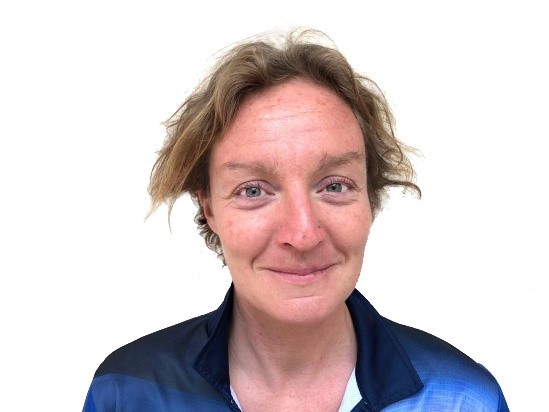 Originated from Kilkenny, she played camogie for her club Freshford, County and College with University of Limerick winning many All-Ireland titles along the way.

From Ireland, she made a transition to GAA on the international scene where she moved to Dubai and was a prominent member of the Dubai Celts GAA club for 7 years. Recently, this is her 4th year in Ho Chi Minh City where she is currently setting up a new club-Ho Chi Minh Na Fianna. 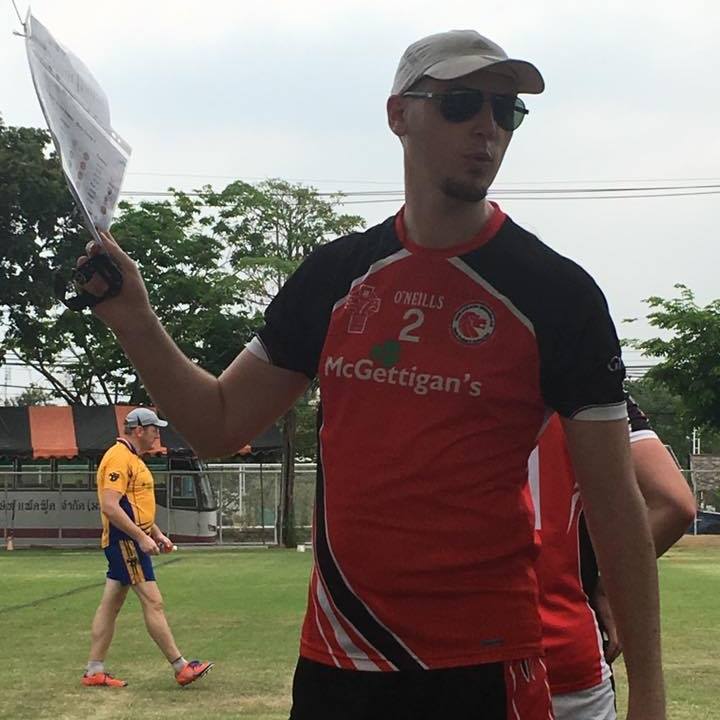 From Dundrum, Dublin, moved to Singapore in 2010. Played with Kilmacud Crokes up to Under 12's and found the Gaelic Lions in 2012. Since then he's hardly missed a tournament for football or hurling. He's been on the SGL committee for the last 2 years as Communications Officer.

a couple of photos of OE at the Irish ball in KL. They also had traditional Irish music by some of their players at their sponsor bar, Healy Mac's 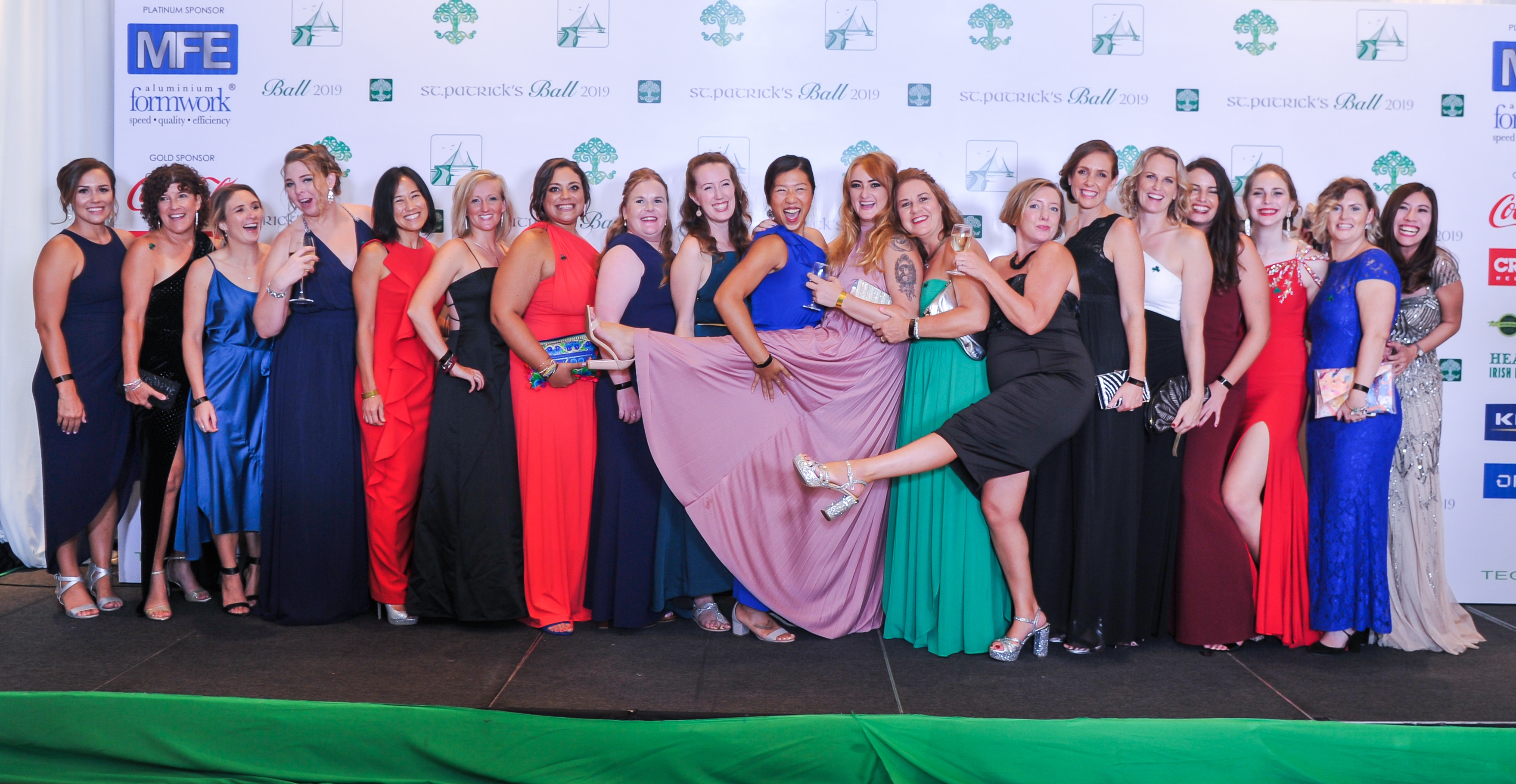 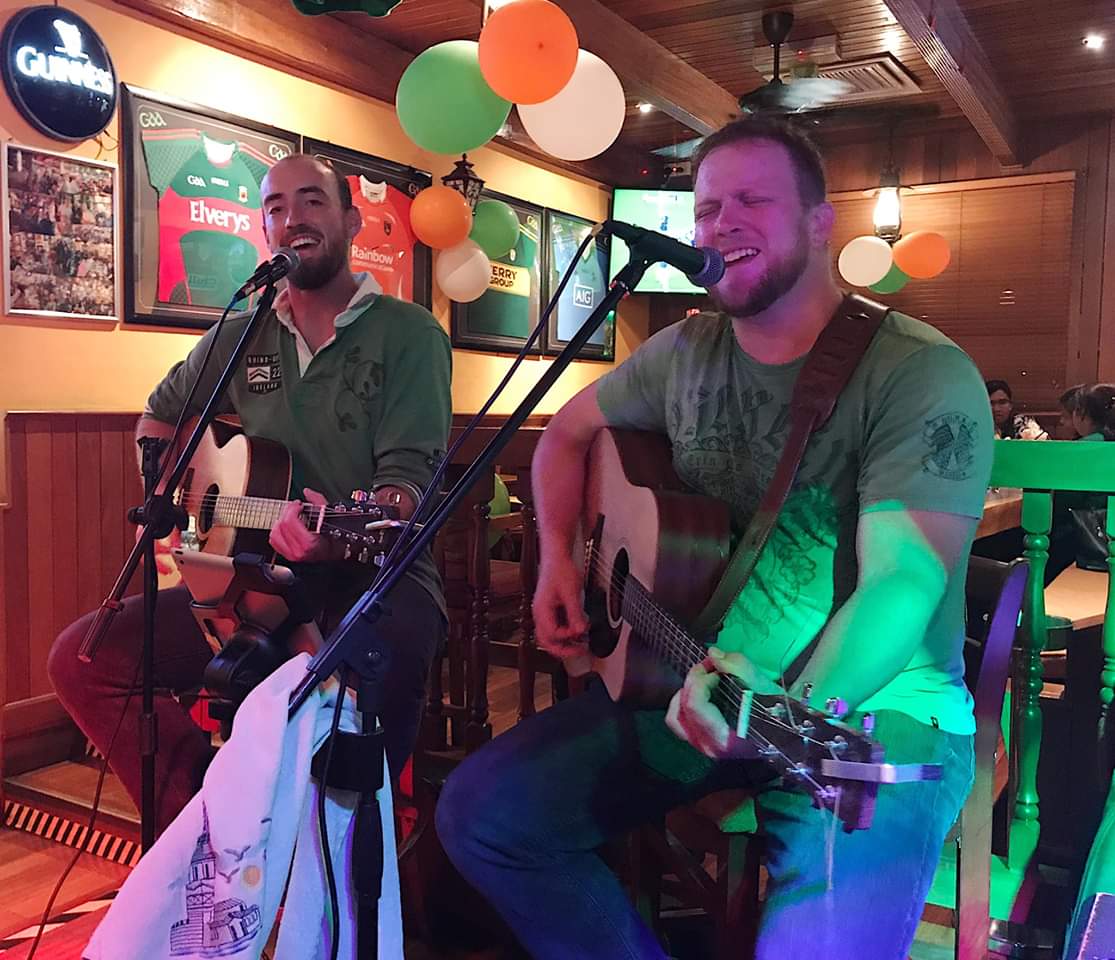 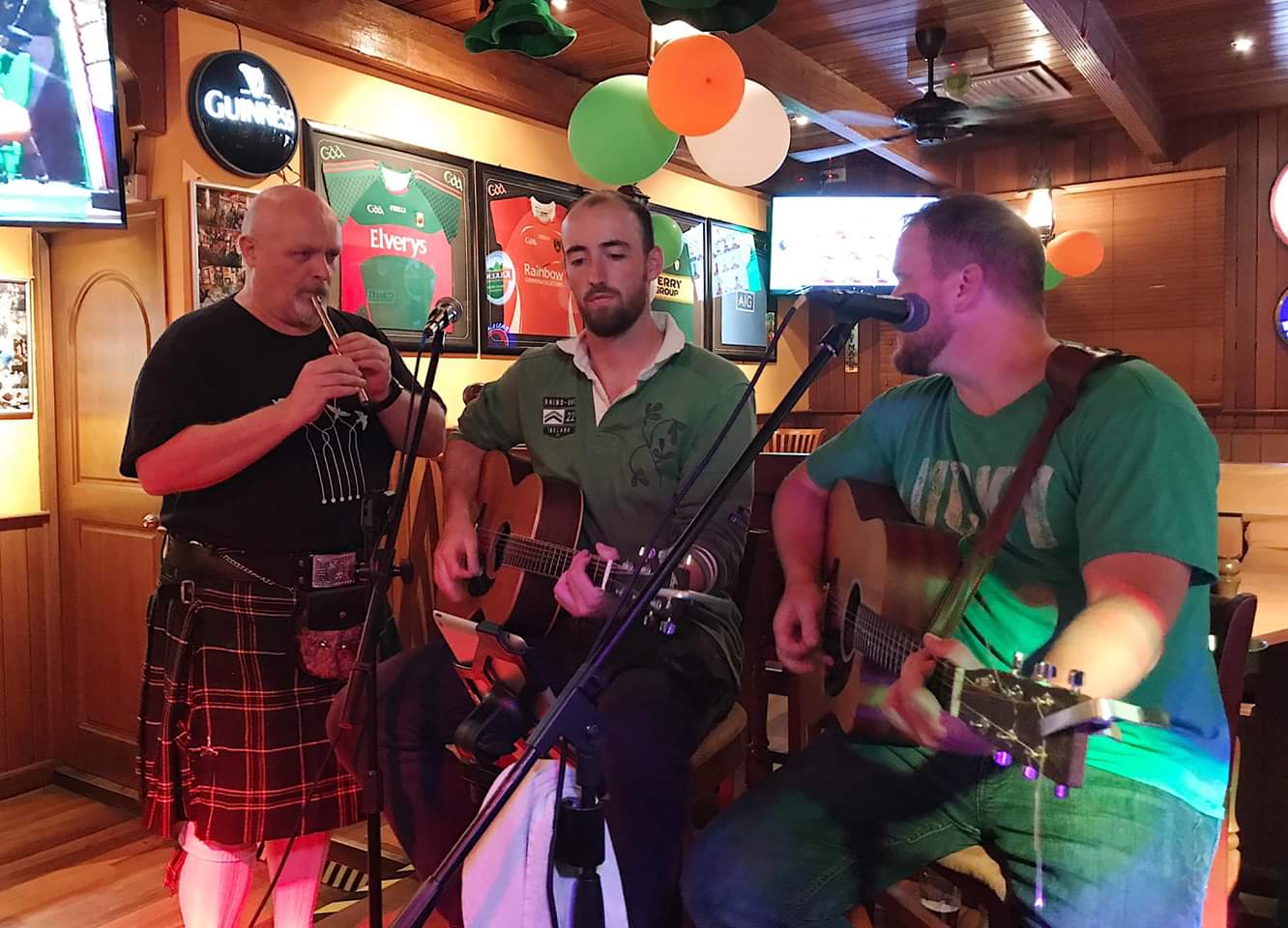 The Aussies took a clean sweep winning both mens and ladies games.

A big thanks to both clubs for attending the event, in particular the organising committeeeeeeeees and all the helpers on the day (especially the refs and umpires). Also thanks to all those who braved the 36 degree temperatures to come out and support us. We hope that everyone enjoyed themselves and that this is the first of many international rules games in Cambodia.

Finally a big shout out must go to Northbridge International School for allowing use to use their wonderful facilities. 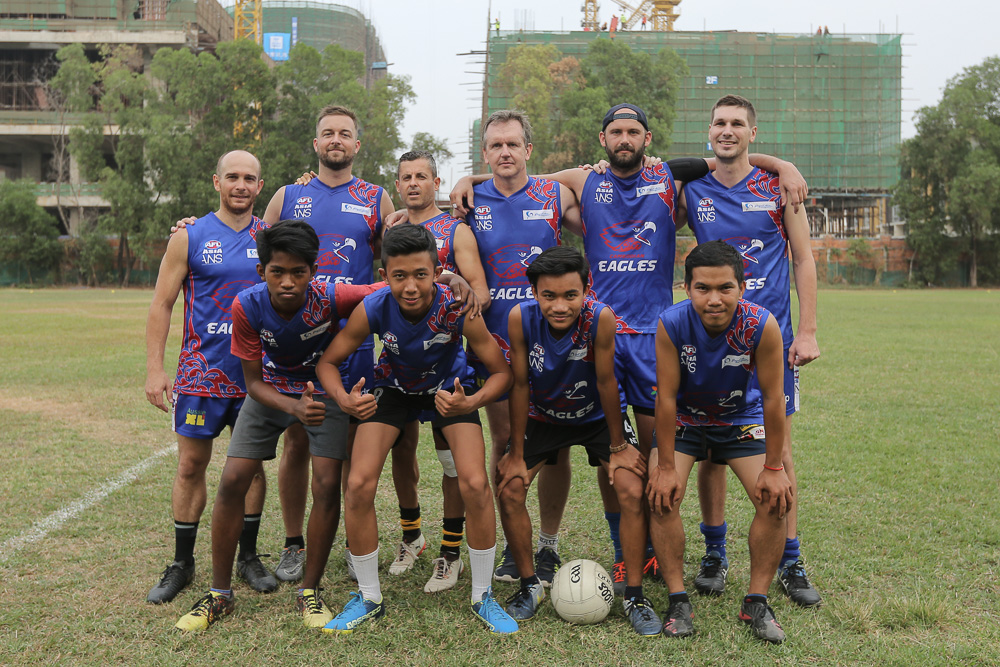 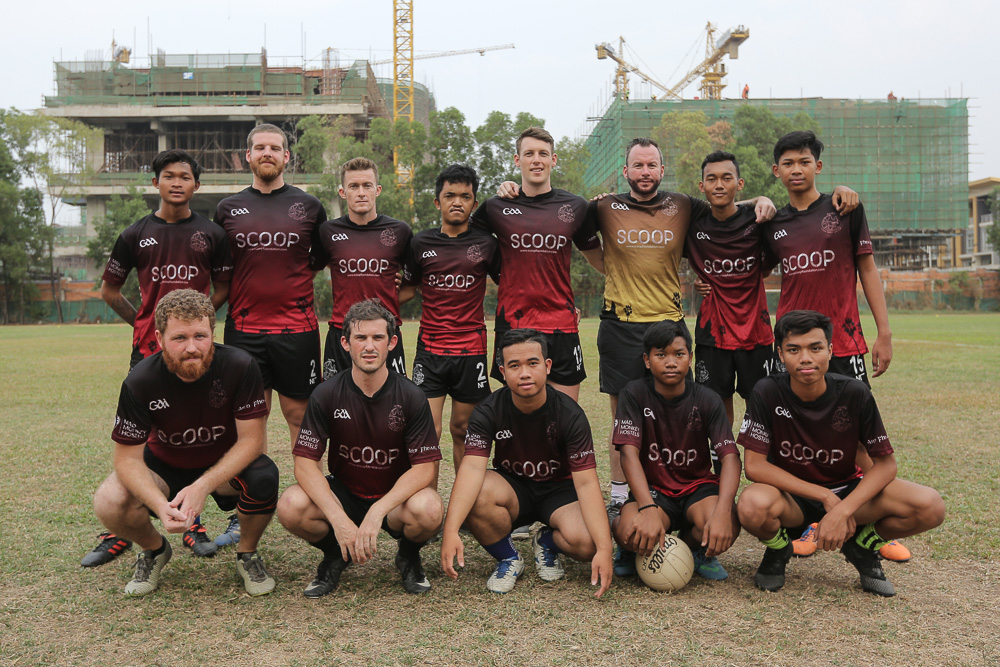 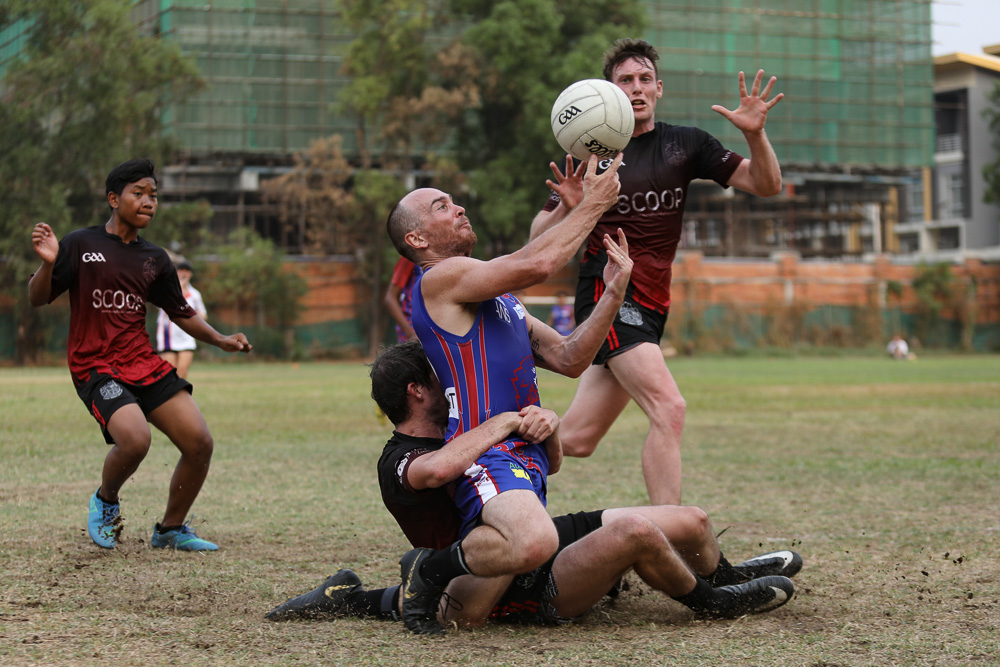 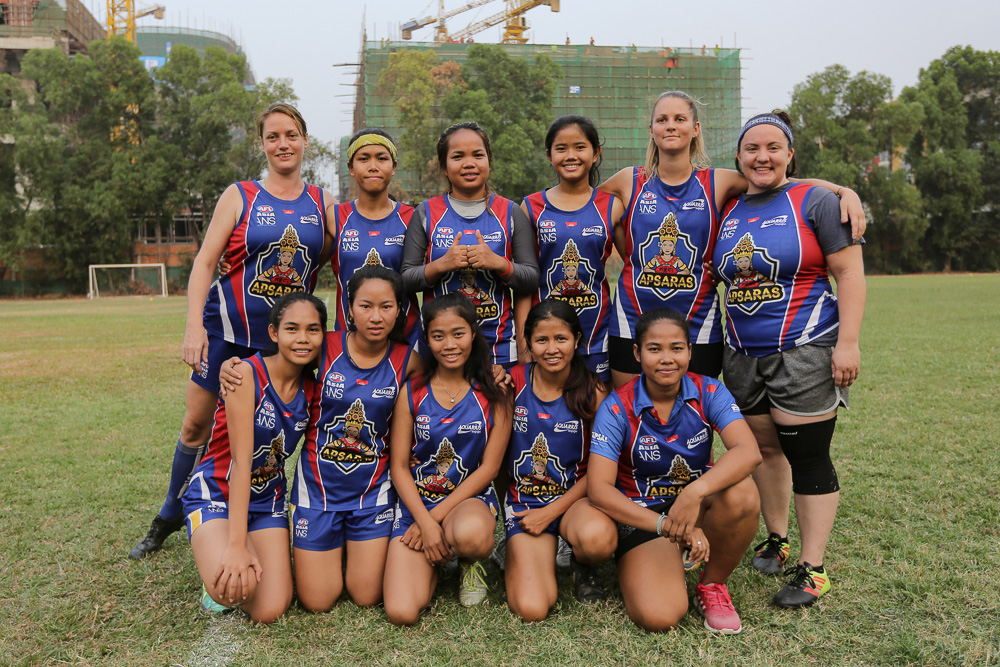 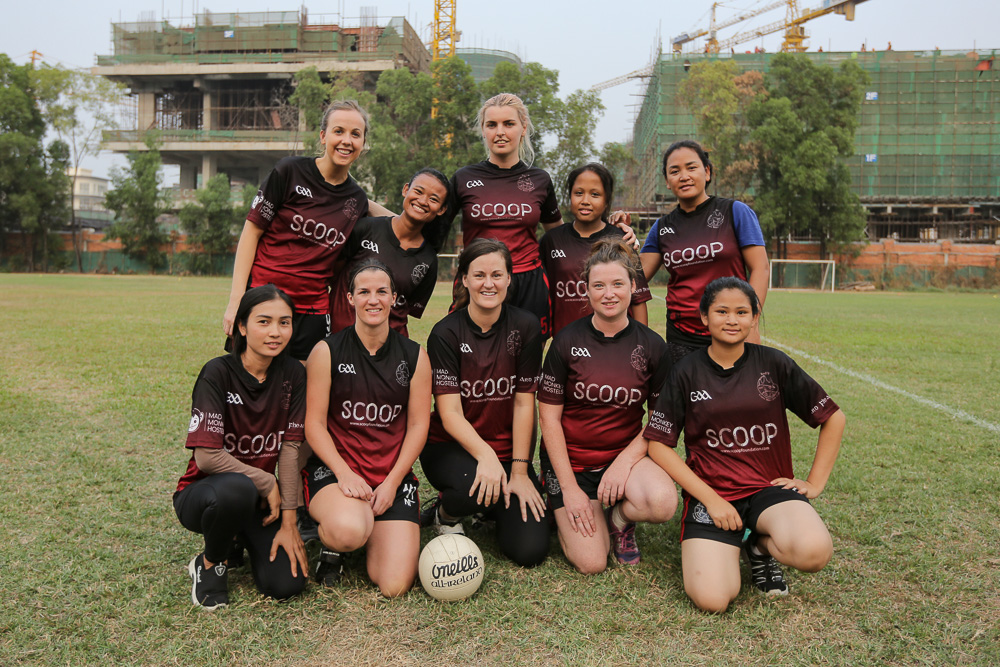 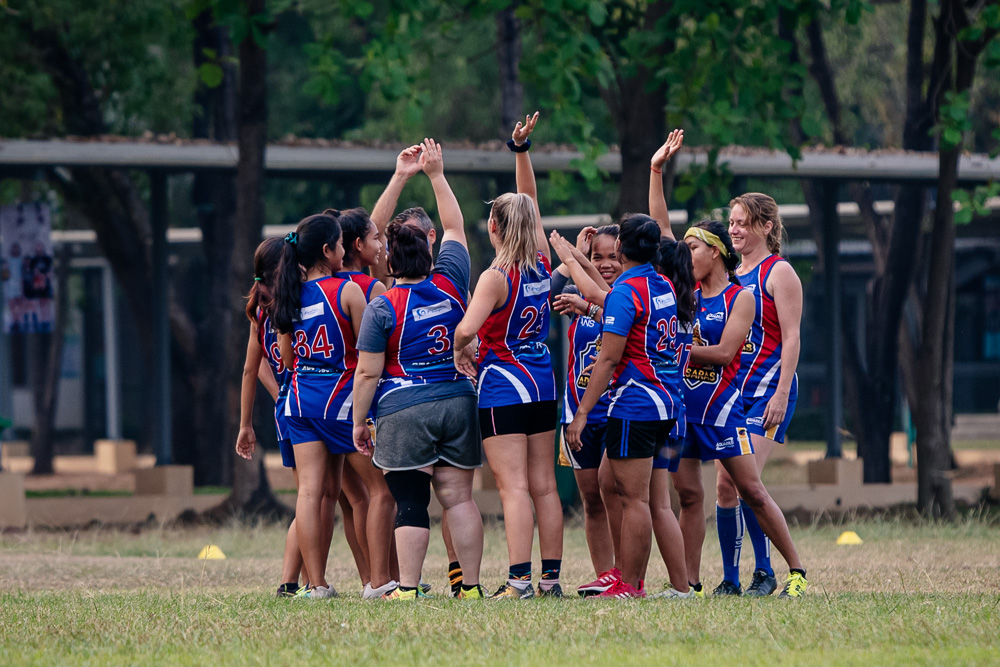 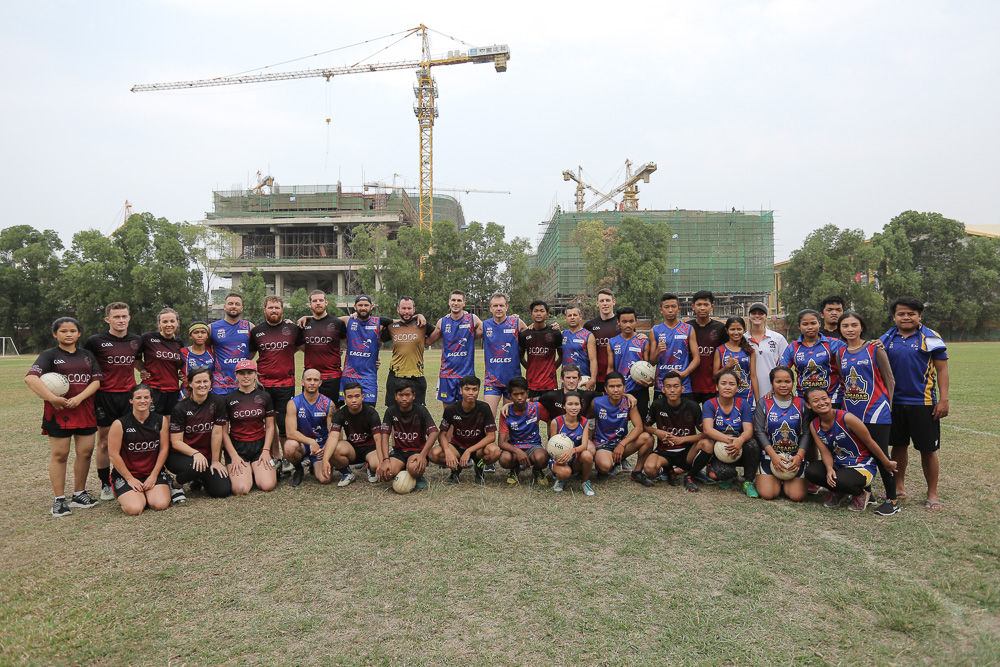 Some of the Jakarta Dragonflies took part in Jakarta and Indonesia's first ever St Patrick's Day parade on 17th March and helped promote Gaelic Football at the British International School in the lead up to the day itself (photos of that unavailable due to school rules unfortunately). 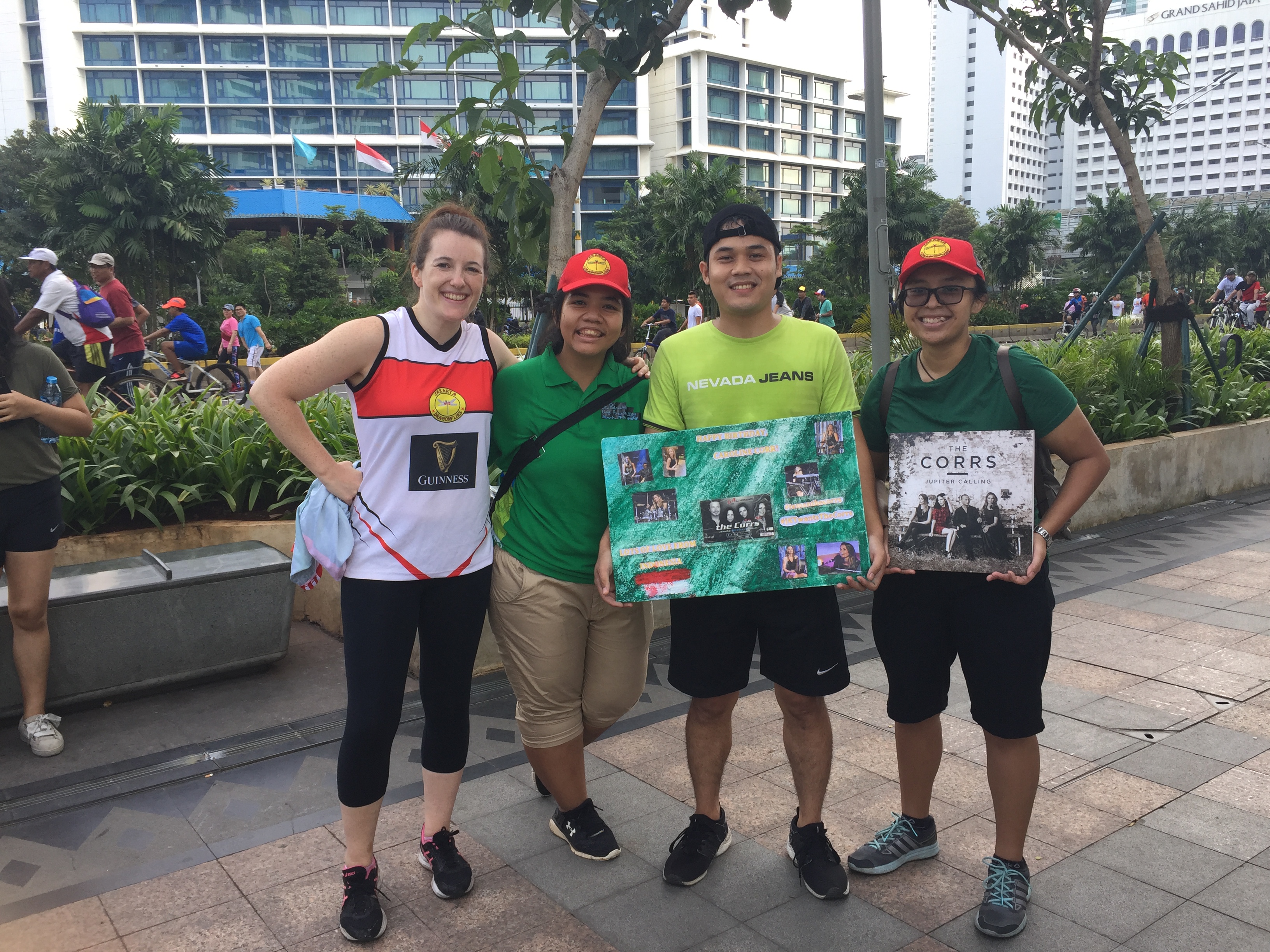 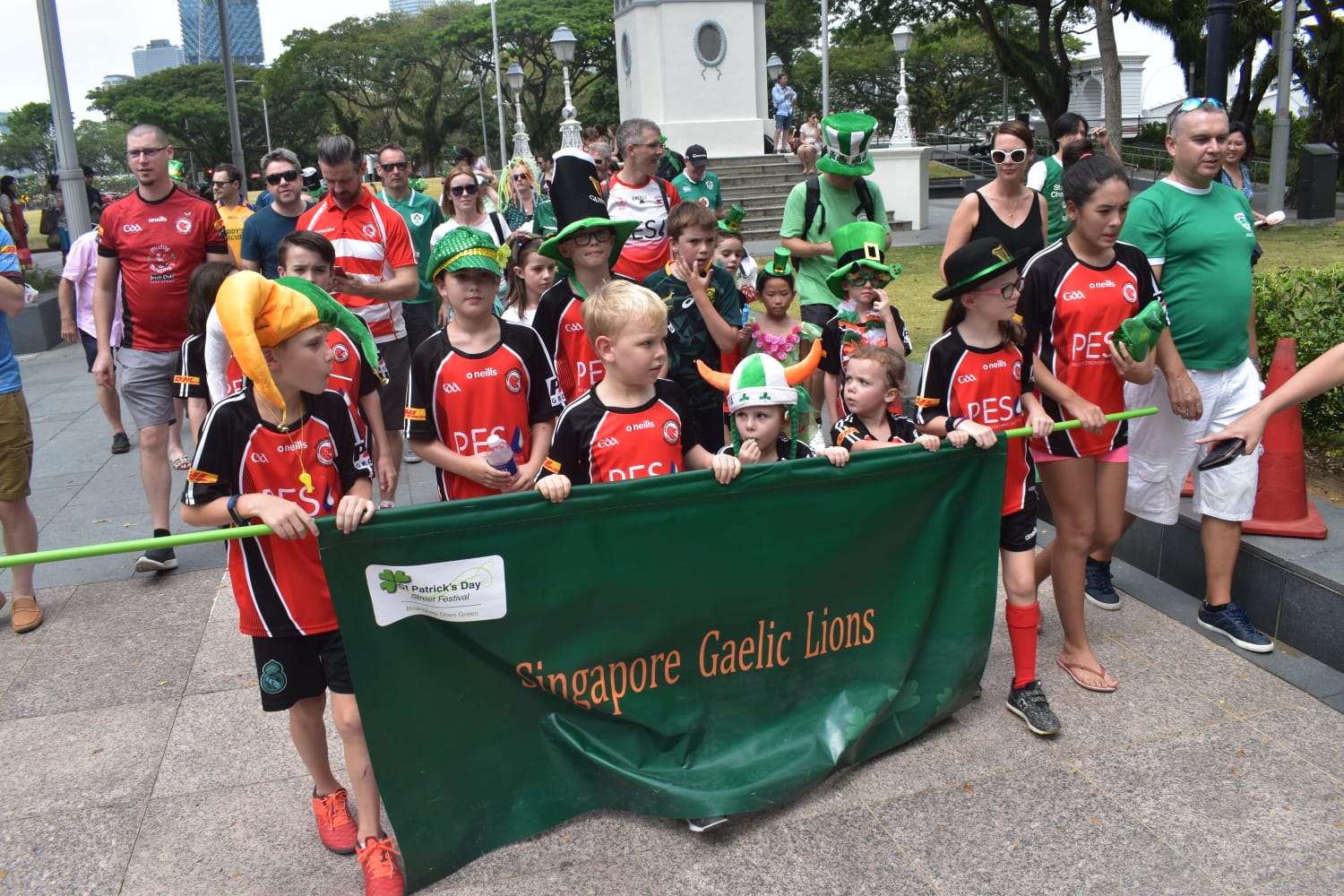 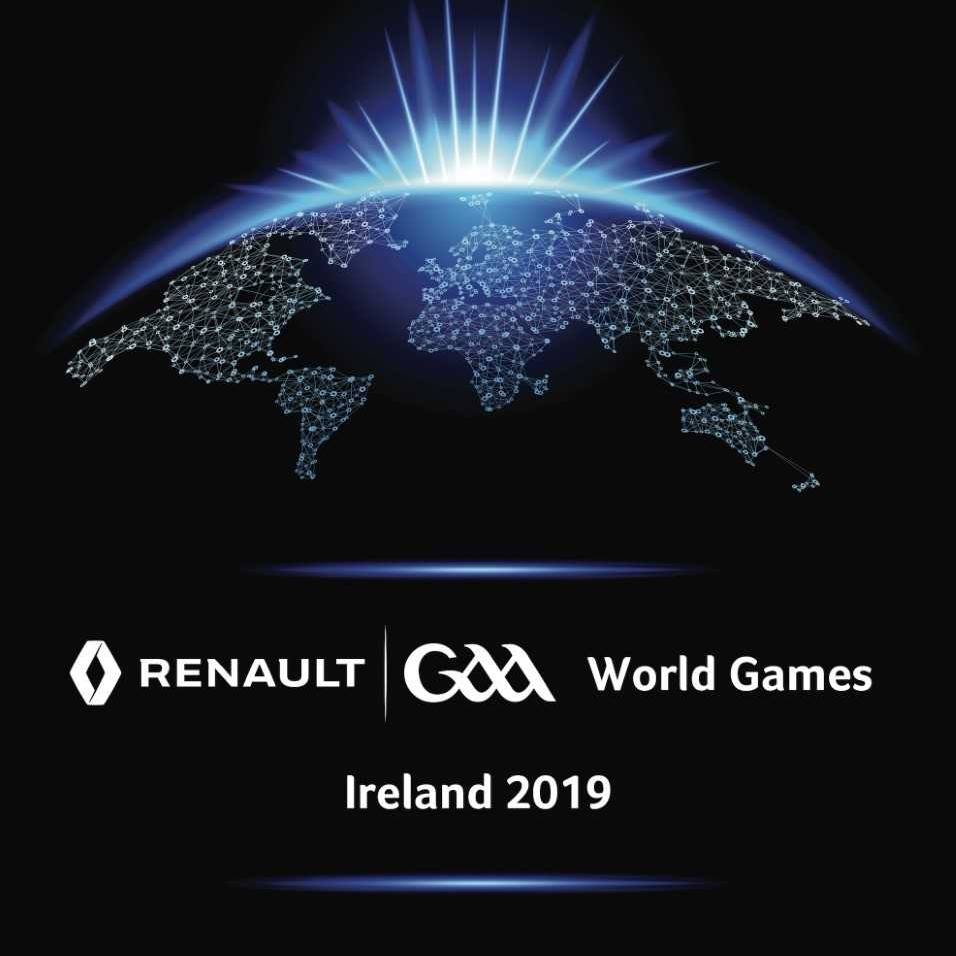 This year Asia will be sending 6 teams to the 3rd GAA World Games in Ireland. The games and plate and bowl finals will be played at Waterford IT from July 29-August 1st. The Cup finals will be played in Croke Park on August 2nd. The 2018 AGG Cup winners have the opportunity to represent Asia at the world games alongside players from the runners-up and the AGG All-stars. We have teams competing in Men’s and Women’s Irish born football, Camogie and Hurling, and Men and Women’s Asian born teams. The teams have representation from North and South Asia regions and a there is a great mix of nationalities for the Asian born teams. It should be a fantastic experience for all the participants. Many thanks to all the players who have expressed an interest in going and we look forward to watching everyone compete at the games.

More information on the teams and the games will be available on the ACB Facebook page leading up to the games. Asia Abu!!! 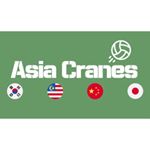 The Road to Waterford

With members spanning Asia from Bangkok to Tokyo, the “Native” Asia Ladies team will compete in the 2019 World Games in Waterford. These 13 women will represent their local clubs based in Japan, South Korea, Malaysia, Thailand, and China.

Maya Wada from Japan GAA has been playing Gaelic football for 5 years. This will not be her first time playing in Ireland, as she also represented Japan at the exhibition match between Japan GAA and the UCD International Ladies Team at Croke Park in 2017. She is the Treasurer of Japan GAA.

Nana Kim will be joining the native Asian ladies team from the Seoul Gaels. Like Maya, she has also played Gaelic football for 5 years and does media work (videos and photos) for the Seoul Gaels.

Dubbed “The Asia Cranes,” the native team will come together as a team for the first time in Waterford at the end of July. Throughout Asia, the crane is a symbol of happiness and eternal youth. In Japan, the crane is a mystical creatures that symbolizes good fortune and longevity because of its fabled life span of a thousand years. We wish these ladies the best of luck in the World Games. 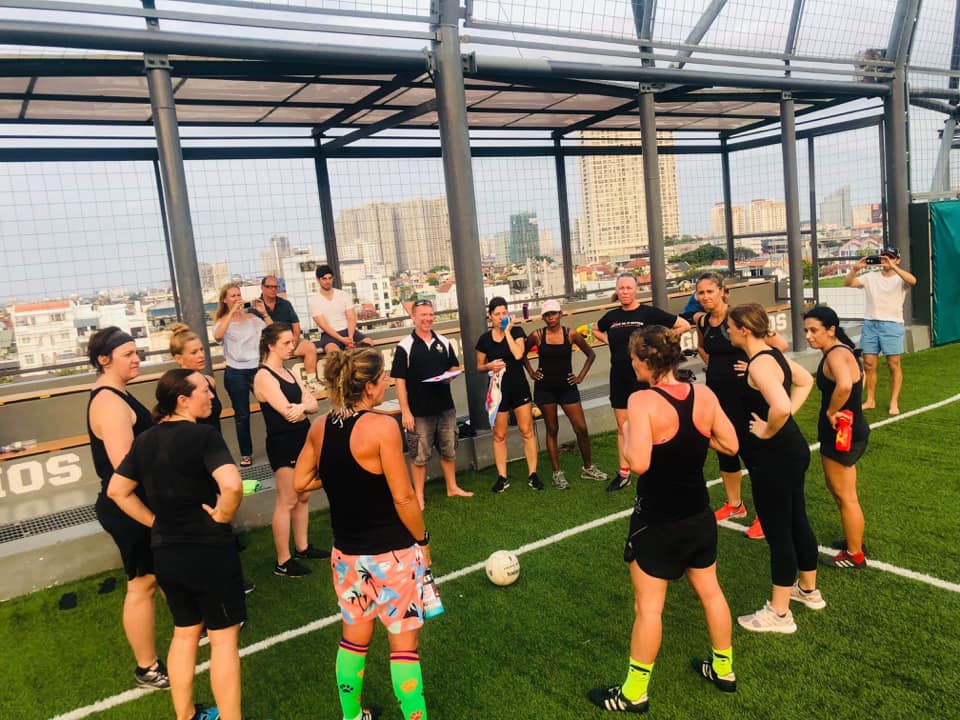 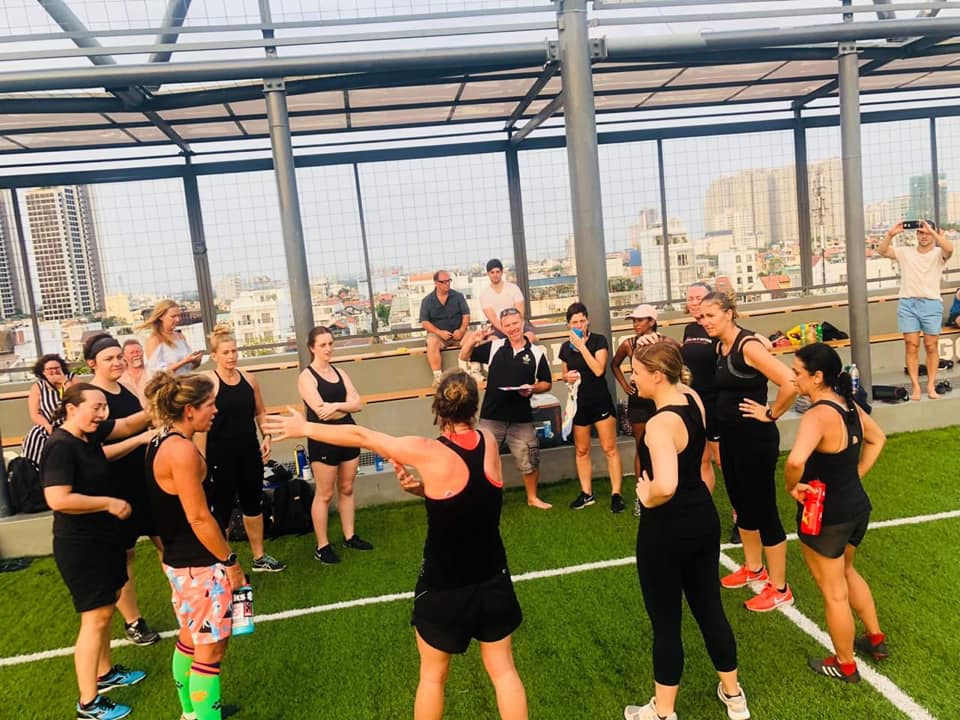 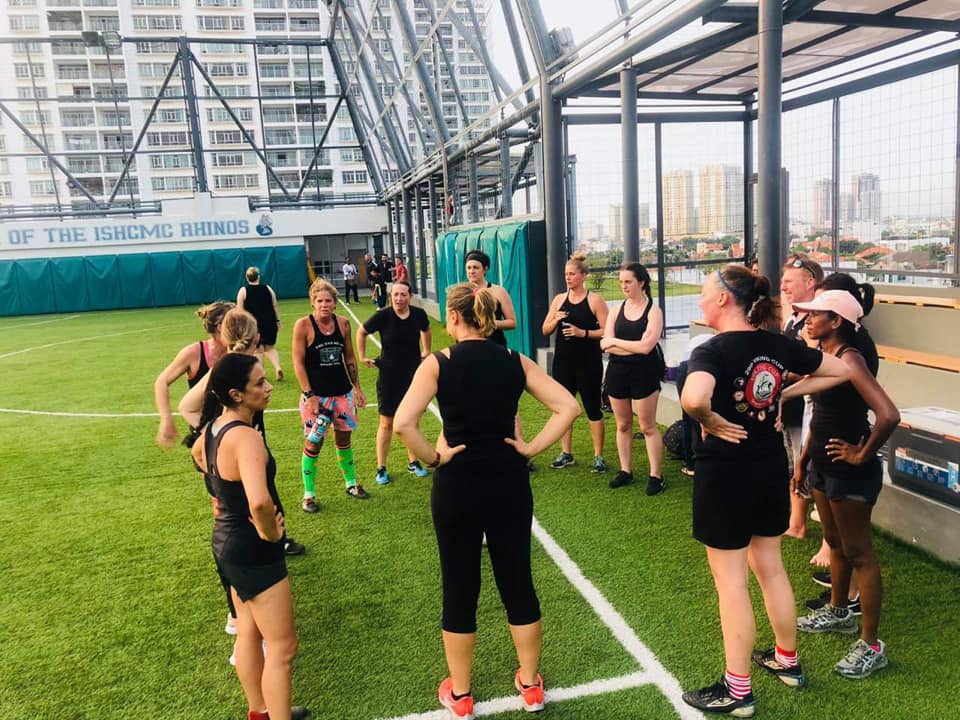 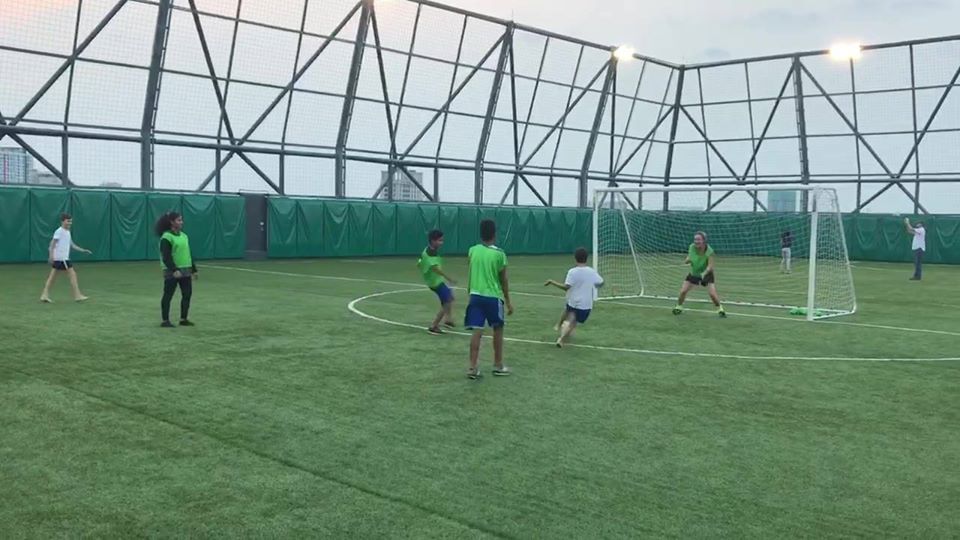 The annual SEAsian ladies league kicked off again this year on April 20th. It was a day of firsts really for the region which saw the emerging club-Ho Chi Minh Na Fianna host and play their first ever Gaelic football game!!!Despite being played over the Easter holidays, over 25 ladies wore their jerseys and played some fantastic football. The expansion of the sport was clearly visible with some of the best footballers on display being from Australia and USA. On counting nationalities playing, there was over 10 on the field-what an achievement!!!

More history for the ladies from Na fianna as they ran out worthy winners from the day!

The highlight of the tournament was most certainly the kids game at the interval where 1 Irish boy was joined by his friends from Australia, Colombia, Italy and USA to showcase their skills which they saw and learnt! As the adults learnt, the place not to be was in goal!!!

A huge thanks to the Saigon Gaels ladies for commuting and participating in this round and to all the families and friends who attended and supported. It was fantastic to have so many people looking and in attendance supporting these woman!

What an excellent weekend for our region and Looking forward to round 2 already!!

Japan GAA is running the following events over the next...